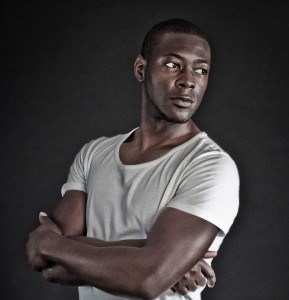 Mike Starr has actively injected his unique blend of charisma and soul
into deep & underground house since the 2000s. DJing with passion, emotion and a sense of purpose he takes you on a fantastic journey within his sets, mixes and productions.

The 90s saw Mike living in New York and it was there that he was inspired by the House scene and the colourful nightlife. In the mid 2000s he garnered a four year residency at The End Club, London and an eighteen month residency at DTPM situated in Fabric. These residencies were supplemented with many guest sets in most of the city’s hotspots. His sound although firmly grounded in House incorporates nuances from Disco, Electronica, Soul to the sound of Detroit and Berlin Techno. Mike’s versatility offers different interpretations of House Music to the listener and has led him to DJ on an international level.

After frequent guest DJ spots in Berlin, Mike moved to the German electronic mecca in late 2009. His production dues finally started to take fruition when the Douglas Greed remix of his debut release ‘Love Away’ on Berlin imprint Casual Lab caught the attention of Noir. This was further thrust into the spotlight on Defected’s In the House Compilation in 2013. The follow up release ‘Layback’ has been well received and a popular release for the label.

Mike’s adventure in music has seen him produce music for 7 4 All Mankind Catwalk shows and DJ at After Parties for Yves Saint Laurent, Calvin Klein, Vogue Fashion Night Out, Berlin’s Bread and Butter Fashion week. He has also worked with the British Film Institute, Berlin’s Film Festival Berlinale, Screen International and various movie release After Parties.

Moving forwards in 2014 Mike has provided remixes for Ashworth, Lars Neubert and the Hidden Cameras…and self EPs lined up for release in the very near future.